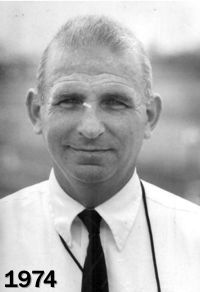 The McQRun.com archives are a rich library of running history at McQuaid Jesuit High School spanning over 50 years of cross country, indoor and outdoor track. Records date from 1959, the earliest recorded by Coach Bradley’s predecessor, Terry Foley who started McQuaid’s team in 1957 and coached it until Bradley took over in 1962. The majority of material you will find here was meticulously compiled and maintained in Coach Bradley’s records from 1962 until his retirement in 2006.

Below are a few pictures from different decades of his coaching and a career summary written by his son Rob, ’93 after his death in December, 2019. His contributions to McQuaid running and in the lives and development of his student-athletes have been profound. He certainly was proud of his career and the influence his leadership has had on others (in his own very down-to-earth way) but one of his greatest accomplishments was the transition of his stewardship of the McQuaid running tradition. In 2006 his protégé, then-assistant coach Todd Stewart, took over head coaching duties of both the cross country and indoor track programs. He has mirrored his mentor’s success, adding 1 New York State Cross Country title and 5 Sectional titles to the storied McQuaid program since then. In Indoor track, Coach Stewart has amassed 10 Section V titles, 6 individual event New York State Champions and 1 National Champion (Tomarris Bell, 2008 High Jump).

As Coach Bradley would say, “Peace & God Bless” from the many volunteers who have made the posting of this archive of records possible. Our notable contributors (in addition to Coach Bradley of course) include: Scott Paterson, ’86, Dave Warth, ’85, Coach Todd Stewart, Coach Bill Quinlisk, ’69, Christine Glavin, and Rob Bradley, ’93. Enjoy it! 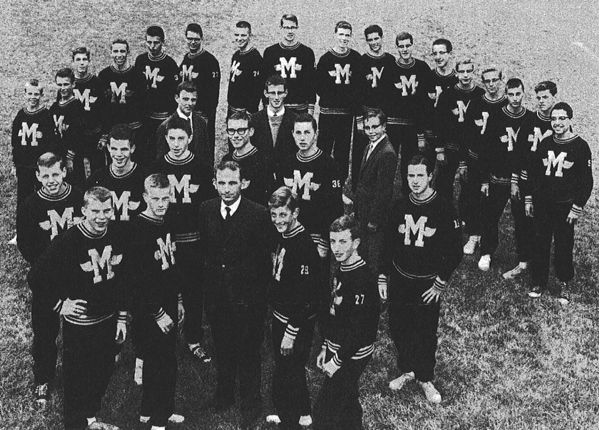 The earliest known coaching picture of Bob Bradley, with the 1962 Cross Country Team

After moving from Jersey City, New Jersey to Rochester in 1960 to take a teaching position at McQuaid, Coach Robert J. “Bob” Bradley began coaching cross country at McQuaid in 1962. His predecessor, Terry Foley had suggested a few times that Coach Bradley start a replacement for the recently defunct Brighton Invitational and run an event at McQuaid. The ultimate catalyst, though, for starting the meet in 1965 was star runner Eric Kendrick. Bradley was intent on helping showcase Kendrick’s talents and increase his visibility in hopes of helping him earn a college scholarship. In addition to winning that first McQuaid Invitational, Kendrick went on to win the individual Penn Relays Mile in the spring of 1966 and won a track scholarship at Maryland State (now University of Maryland Eastern Shore). Coach Bradley had said many times, “If there had been no Eric, there probably would have been no McQuaid Invitational.” The coach and athlete remained friends for over 50 years through Coach Bradley’s passing in December, 2019. Eric Kendrick passed away just 10 months after his coach in October, 2020 after a long and courageous battle against multiple cancers. 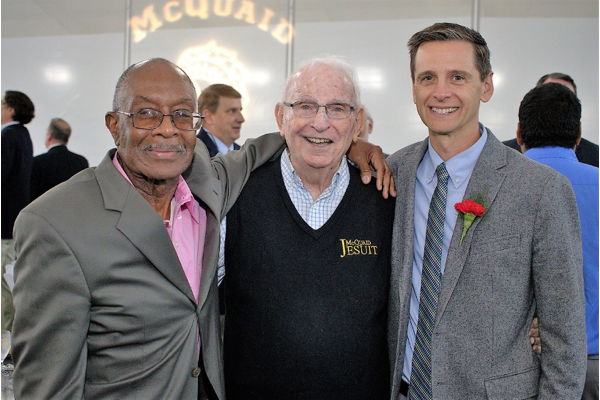 After its humble start, with just 10 complete teams in that first 1965 varsity race, Coach Bradley continued to grow the Invitational as its director until 2001. The next 18 years he remained active as an assistant meet director and served as the meet’s announcer through his final invitational, in 2019, while fighting terminal cancer. As announcer, his deep, resonating voice with that trace of a New Jersey accent had been a hallmark of the meet for its first 55 years. Many have observed how appropriate it was that, due to the Covid-19 pandemic, the Invitational was forced to take, in effect, ‘a year of silence’ in 2020 – the first year in its history that its founder would not be deeply involved in the meet. 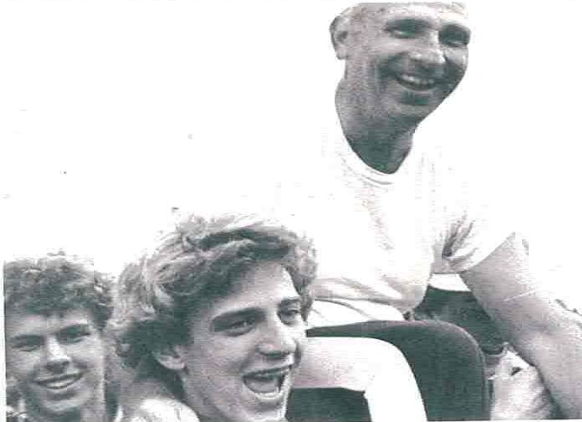 Despite his nature to deflect credit, Coach Bradley amassed an outstanding coaching record over 44 years as head cross country coach at McQuaid (1962-2005), 30 seasons as Outdoor Track and Field coach and 17 seasons as Indoor Track & Field Coach. After retiring from McQuaid, Coach Bradley volunteered to run a middle school cross country program at nearby Siena Catholic academy and coached another 8 seasons there, bringing him to 99 total seasons coached. In addition to founding the McQuaid Invitational (as of 2019 it was the largest high school cross country event in the United States) other career highlights include: